Find what you want

We take pride in the comprehensive service that we provide to each client and pledge to make each real estate transaction a positive one for YOU.

Armed with experience, integrity and knowledge of the GTA we work together with a complete crew of industry professionals including Home Staging Consultants, Photographers & Videographers, Home inspectors, Contractors, Marketing Consultants and a personal Team Assistant. Whether buying or selling, our team dedicates their expertise to you every step of your journey to provide the personal service that you should expect with great results.

Princess Rosethorn is a quiet, family oriented neighbourhood with spacious..

Thorncrest Village is one of Toronto’s most unique and exclusive neighbourhoods..

The Kingsway is known as one of Toronto’s premier and most coveted neighbourhoods..

Bloor West Village is a vibrant community that locals and visitors alike love..

The Sunnylea neighbourhood is a beautiful, family oriented area noted for it’s..

Islington Village is a quaint neighbourhood in the heart of Etobicoke known.. 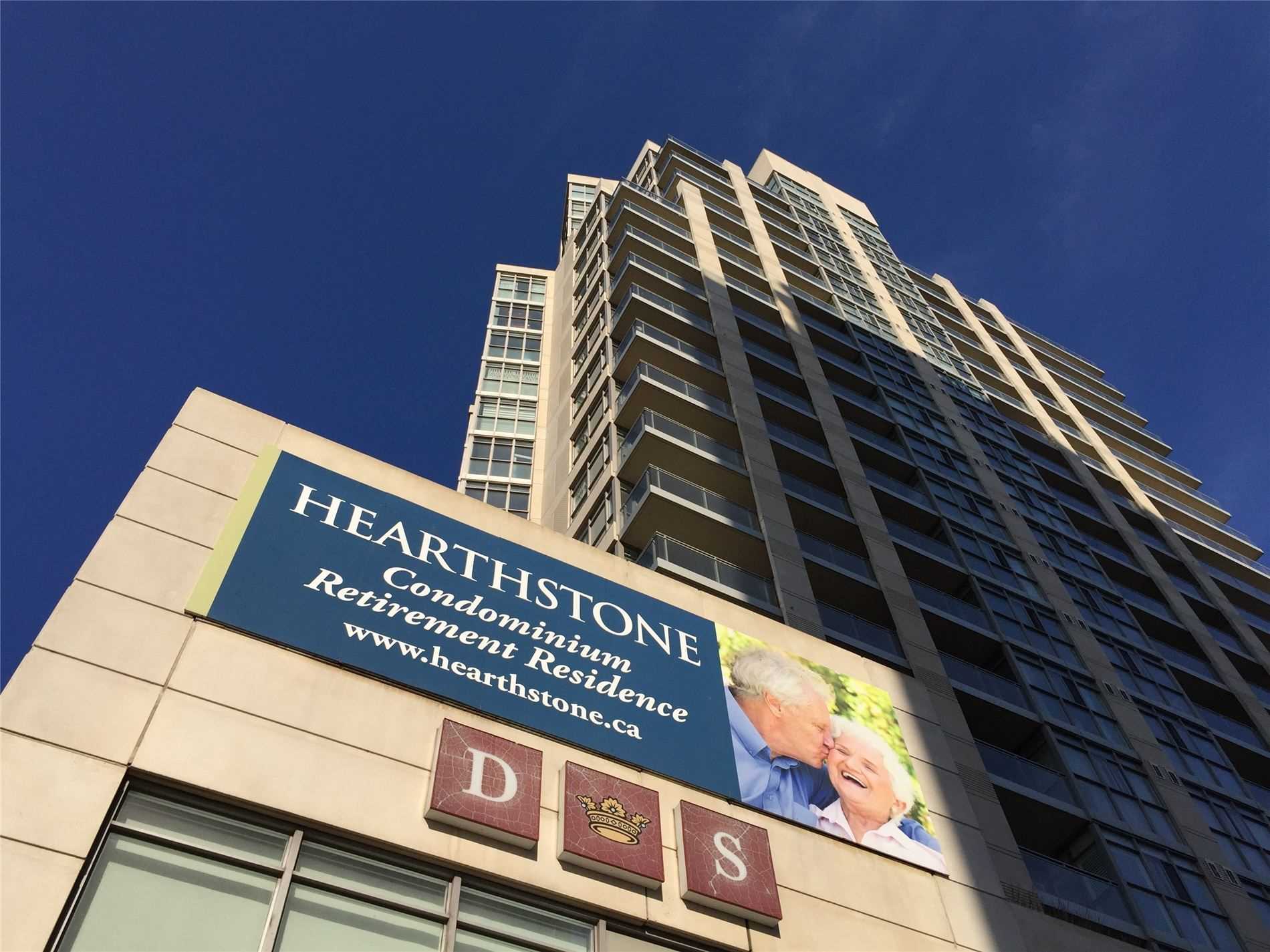 It's All About The Sky-Line And Lake Views! Coveted 1102" 2 Bedroom Condo. Retirement Living At It's Best. Spacious & Bright With Breakfast Solarium. Large...
View details...
See More of Our Featured Listings

We take pride in the comprehensive and personalized service that we provide to each and every client and pledge to make each real estate transaction a positive one for YOU. Our Team consists of a complete Crew of industry professionals, including Home Staging Consultants, Photographers & Videographers, Home Inspectors, Contractors, Marketing Consultants and a personal Team Assistant. Our professional support staff is dedicated to providing you with the personal service you should expect with extraordinary results. Whether buying or selling, our team will be with you every step of your journey.

We pledge to give every home, regardless of its value, the highest level of dedication. As clients you can be assured that we are committed to providing you with the uppermost honesty and integrity.

Selling with The GTA Team

Selling with The GTA Team

Our mission is to provide maximum client satisfaction founded on maintaining the highest level of customer service standards.

Buying with The GTA Team

Buying with The GTA Team

We take pride in the comprehensive and personalized service that we provide to each and every client and pledge to make each real estate transaction a positive one for YOU.

We recently had the pleasure of working with Nancy and Dave when we moved from Kitchener to Mississauga, looking for a new house in a neighbourhood we knew nothing about.

Nancy and Dave are the consummate professionals - their thorough knowledge of the market and the potential neighbourhoods were quite apparent and greatly appreciated. They knew exactly which areas we needed to focus on and they really listened to our needs.

On every house showing they pointed out things (both good and bad) that we may have overlooked and gave invaluable advice. The best part of all?...they are truly kind and fun to be with and they made this whole process enjoyable!

We would highly recommend their services to everyone!

I have known Nancy Pierce for 25+ years through raising young children. We reconnected upon our move within Etobicoke to Thorncrest Village and I discovered her as my neighbour directly across the street.

When deciding to sell our home, we felt no one knows Thorncrest Village as homeowners, neighbours and agents better than Nancy and Dave.

As a team they covered all the bases in a calm, professional and effective manner listing and selling our home. The open houses were very well advertised and organized with the utmost security. They went so far as to walk some furniture and artwork directly across the street to help us stage one of many rooms for an open house.

Throughout this process they kept us very up to date on the market and the surrounding real estate climate. Their communication was excellent. We were extremely happy with the entire process and outcome.

I would not hesitate to use them again in the future.

I recently had the pleasure of working with Nancy Pierce and Dave Duncan of Re/Max Professionals, Kingsway office. They helped me find and purchase the perfect retirement home. I enjoyed and greatly benefited from having their combined expertise. Dave was able to look at homes from a very practical point (windows, furnace, roof etc.). He thought of even the small things that I would not have thought of. He was very helpful with the document end of things too. Nancy negotiated the sale and was always available for my many questions. Any answers that she didn’t have at her finger tips she promptly got from the selling agent. She was able to settle my nerves so I could confidently make the best decision for me. I am loving my new home!

Dear Nancy and David (AKA the most patient realtors in the Greater Toronto Area):

It is now well over two years since Maxine and I met with you both, to start searching for a new home, knowing we would eventually be faced with extensive repairs to our then house.

At first we just dabbled in Open Houses with you, some too expensive, some too small. Some in Mississauga, some in downtown Toronto. Closeness to our family and the Airport soon became more important than the appeal of other locations. Then at Christmas 2017, we found the day had come, with a complete failure of the heating system, a leaking roof, out-of-date electricals and a failing plumbing system. Plus the entire house need painting inside and out. After 30+ years the time had come to cut and run.

We called you to start a detailed search in confidence, as we would be selling our house (owned since 1971) and buying in some secrecy, to not distress the rest of the family. Six months later, after God only knows how many houses, condos and out of town searches, which you both patiently endured, in deep snow, rain and ice (sounds like the US Postal service) you found the place we needed.

And to help pay for it we needed to sell our cottage up North. Dave extensively researched prices in the region. You then engaged a co-agent,partnered with him and sold that place at considerably above what we expected. The house you eventually found, and we bought, had most of what we needed, including main floor bedrooms and guest bedrooms above, plus a finely finished lower level.

But you still had to make the sale of the decrepit house we were leaving........ Which you did, almost immediately, at a price well over the asking price, when Toronto was already suffering from a softer market.

So you have our great thanks and respect for the fine work you did on the sale of two properties and the purchase of another.

By the way, we hope never to own another house, so do not think, however much we love and respect you, that we will ever need your fine services again. Except for a retirement facility....

We lived in the Thousand Islands in Ontario and decided to sell our home and move closer to family. With excitement we interviewed agents from several Brokerages and chose the team that seemed to have the best knowledge of the area and access to the clientele that qualified for purchasing a home of our size.To make a long story short - we did not renew the contract after months of hearing nothing from them unless we called and always catching them on their boat.This scenario repeated when we contracted with another Broker in the area.

I was a consultant with the Regional Business Development Agencies and had access to information on the movement of people into the area. People from Toronto, Ottawa and Montreal were the primary markets.

That was when we decided to avoid local agents and their laissez-faire approach to selling and reached out to Dave Duncan and Nancy Pierce in Toronto. They came to our home immediately with all their homework. They already had a detailed marketing plan that included insertion into their featured properties program, advertising in a Toronto magazine that went to targeted households and a great write-up on the features of our property. With this we agreed to a price and listed with Dave and Nancy.

They were in touch with us regularly with updates on the activity from all of their marketing efforts. We were never in the dark. For the first time since deciding to sell we felt like our property was being managed with a genuine interest in selling it and not just listing it and waiting for a bite.

This resulted in the sale of our home!

I strongly recommend choosing Dave and Nancy as the professionals to represent you in the search for or sale of your home.

Thanks from Chris and Micheline

We were particularly pleased with our agent (Dave Duncan). He explained every document – every signature. We felt very confident working with Dave because he is such a detailed person. After viewing many listings, one would expect some pressure to settle; this was not the case however. We weighed the pros and cons of each listing with Dave’s expert assistance. Great work!

The purpose of my note is to thank you very much for the manner in which you handled the sale of my home. From the very beginning you treated me so well and didn't bother me until I was ready to move on.

It is hard to leave a home after 45 years, but you made it so easy for me.

Our many thanks to you and your team for helping us sell our home. We were very pleased with the staging advice, the professional photos and we loved the virtual tour. We were also glad to see our house sell above asking price so quickly! Job well done!

Nancy is simply superb! Nancy was the quintessential professional when she helped my parents look for houses both to buy and to rent. Always mindful of their very particular requirements, she took the time to look for just the kind of properties they needed, was very helpful and informative when explaining the paperwork, made sure that their interests were represented, and was, perhaps most importantly, extremely personable and kind. I’d recommend Nancy in a heartbeat!

I had the pleasure of working with Nancy for about a month searching for the perfect townhome to rent as I needed to re-locate for work. Nancy made this experience very positive and fun for me. She is reliable, honest, and punctual! She worked around my schedule, and set appointments for all the places I wanted to see. When it was time to sign a lease, she was helpful and patient. I would recommend Nancy to anyone looking to rent their next home or to buy. I look forward to working with her again! 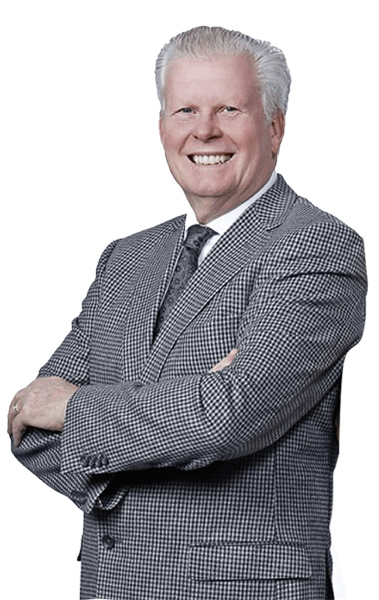 Dave Duncan is a licensed realtor with the Re/Max Professionals Kingsway office. Dave has resided in Mississauga, Markham, and Etobicoke over the last 45 years and has an extensive knowledge... +-

Nancy is a licensed realtor with Re/Max Professionals Kingsway office who, together, with her professional team of contractors, stagers, photographers, videographers, marketing assistants... +-

movers and storage companies, helps her clients through every step of the buying or selling process. Nancy takes pride in achieving her clients real estate goals. 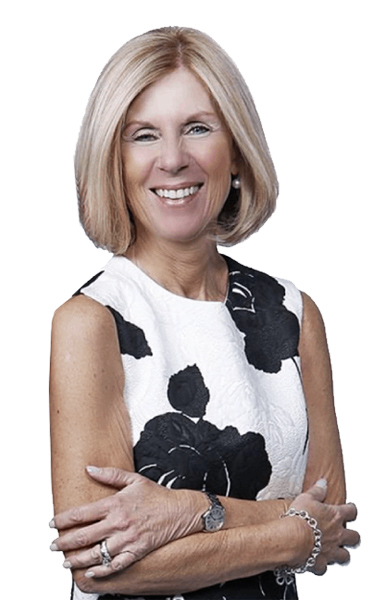